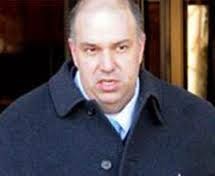 In a filing strongly opposing the release on bond, of the convicted Venezuelan Ponzi schemer, Francisco Illarramendi, The US Attorney in Connecticut disclosed that the defendant, on 2010 while his hedge fund Ponzi scheme was unable to cover its obligations, wire transferred fifteen million dollars, to a Caribbean hotel, with instructions to deliver it to an unnamed Venezuelan businessman. So much for his fiduciary relationship to his hedge funds clients, including PDVSA.

The purported reason that the defendant wants to be released from custody is to assist his attorney in computing the actual monetary loss, which will be factored into the sentence handed down by the Court. The prosecutor is,. frankly, not buying it. He has asserted that Illarramendi has already estimated the loss at $300m, (which appears to me to be on the low side) and that this is just a ploy to be freed, where he could be at risk of flight. If I was the judge, I would be concerned that he might do just that, as he is reportedly extremely knowledgeable about the Caribbean tax havens, and he may have "pocket money" cached in one or more, for just that purpose.

The District Judge has not yet ruled on the defendant's motion for release.
Posted by Kenneth Rijock at Saturday, May 03, 2014