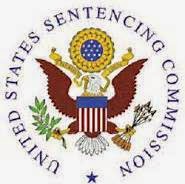 Who says sentencing of Ponzi schemers is too lenient ? Francisco Illarramendi, the Connecticut hedge fund manager who operated a Ponzi scheme that lost an estimated $300m, may get a taste of blind justice when he is sentenced later this year. Though Pre-Sentence Investigation (PSI) reports are not public record, the US Attorney's Office in Connecticut, in a filing where it vigorously opposed his release pre-sentencing, disclosed that his Offense Level, the calculation made by the US Probation Office, pursuant to the United States Sentencing Guidelines, was 43, literally the highest level on the chart.

Level 43 imposes a suggested sentence of LIFE IMPRISONMENT. This is natural life, as Parole* is not available to individuals who received Federal sentences for crimes committed after 1987, due to the Sentencing Reform Act. Moreover, there is no Gain Time (Good Time), as the 54 days awarded to federal inmates who successfully complete one year of incarceration are not available to those serving a life sentence, for they are not serving a finite term of years.

The Sentencing Guidelines, which became only advisory, after a court decision struck down its mandatory impact upon the federal judiciary, are still very influential in the Court's decision, when sentencing is pronounced. Mr. Illarramendi, whose Ponzi scheme resulted in  a huge loss for the PDVSA pension system, which had heavily invested in his fraudulent hedge fund, could very well receive a life sentence, which his victims will probably say is commensurate with the damage that he inflicted upon them. Has not Illarramendi essentially forfeited his ability to engage in any more crime ?

We have seen long sentences meted out to Bernard Madoff and Scott Rothstein. Perhaps it is now time to impose the ultimate sentence, upon a Ponzi schemer who level of misconduct shocks even the most experienced observer. Maybe a life sentence is just what will wake up those in the financial community who are contemplating such an action need to see; the ultimate deterrent.
_________________________________________________________________________
* Supervised Release, generally three or five years in length, is served by a Federal inmate after he or she serves their sentence. it does not result in early release, but is effectively post-incarceration supervision. It is added to one sentence by the trial judge together with any court costs, fines or restitution.
Posted by Kenneth Rijock at Tuesday, May 06, 2014