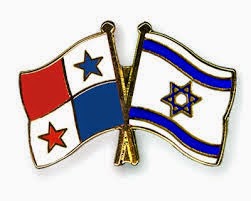 Reports from Panama City state that President Ricardo Martinelli's quest for asylum has been denied by the Government of the State of Israel. Apparently, the fact that criminal charges for corruption are presumed to have already been filed against him in Italy made his asylum request problematic, though some observers believed that he would be allowed into Israel.

Panama has has extremely friendly relations with Israel throughout Martinelli's tenure as president, including the only 'no' vote from a country in Latin America, regarding the upgrading of the Palestinian Authority to observer status at the United Nations. There was a terrorist bombing in Panama, by terrorist operatives, immediately after the Hezbollah/Iranian bombing of the Amia Jewish Center in Buenos Aires in 1994, and Panama & Israel have had a close relationship in recent years.
Posted by Kenneth Rijock at Tuesday, May 27, 2014