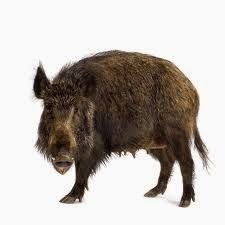 President Ricardo Martinelli was reportedly served with a subpoena on Monday, ordering him to appear in Italy, and give a deposition in the massive corruption case, involving bribes and kickbacks given to Martinelli, and others, for awarding lucrative contracts to government-owned companies. Apparently, attorneys for Valter Lavitola, the admitted testaferro (bagman), want him to appear. lavitola has already named Martinelli as the recipient of illicit payments.

Given that he may already have sealed charges pending against him in Italy, Martinelli is said to have flatly refused to travel to Italy, and he appears to be afraid to even leave Panama for local travel, as he declined to attend an inauguration in Central America this week. It is believed that the Italian government is waiting for him to leave office before unsealing any criminal charges, to avoid embarrassing the Government of Panama with the arrest of its sitting leader.

Incoming President Varela, who campaigned on a slate of anti-corruption, has made no secret of the fact that he intends to weed out all if Panama's dirty officials, starting with the eleven corrupt ministers that have been the subject of several articles on this blog recently.