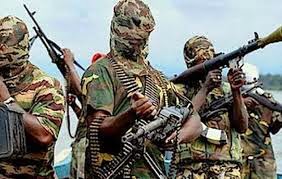 If you were curious how the troops of the radical Islamist terrorist group, Boko Haram (BH), can repeatedly engage in war crimes, killing unarmed noncombatants, and then retreat to live in dense and inhospitable jungle, their leaders keep the rank-and-file high on a specific cheap Western-manufactured prescription painkiller, which results in an addiction that is difficult to beat, resulting in fighters who can easily be controlled, and motivated to remain with the organization. Cash is also used as an incentive, and fighters recruited are generally from Nigeria's poorest region, but the drugs represent the most effective method used to keep fighters from leaving.

Their drug of choice is Tramadol, sold in the US as Ultram, an inexpensive synthetic opioid analgesic that is available, in bulk at low cost. Seizures of illicit Tramadol, in Benin, resulted in the deliberate destruction, by government forces there, of seventeen tons of the drug this year.  Boko Haram, though an Islamist group, is free to dispense the drug to its fighters, as it is considered, by local Muslim clerics there as Halal, and not Haram, or prohibited. BH recruiters are able to entice young males from remote villages, by offering this drug, which is increasingly being abused in Nigeria and West Africa, to fill the ranks of their radical Islamist army. BH is heavily engaged in drug trafficking, as well as kidnapping for ransom, and arms trafficking. It also has received funding from Al Qaeda.

Detained Boko Haram fighters should be tested, by Nigerian forces, for their addiction to Tramadol, so that the extent of use by BH combat troops can be measured. If the United States is going to support the anti-terrorist efforts of the Government of Nigeria, then it is humbly suggested that experienced agents from the Drug Enforcement Agency (DEA) be deployed, in a counter-drug capacity, to seize existing illegal stockpiles, and to interdict the flow of these illicit drugs into West Africa. 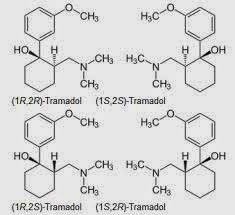