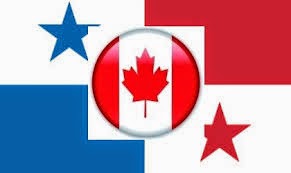 Readers working in Canada, who were struck by our recent article* noting that many Panamanian ministers prohibited from entering the United States are regular visitors to Canada, are correct in being disturbed, because the Panamanian PEPs are not there to play tourist. They are engaged in serious investment of illicit wealth believed to have been looted from the Republic of Panama. Is the reason why Canada allows them entry the large deposits that they have made into its financial institutions ? Let us hope not.

Sources from within Canada advise that the wealth management divisions of two Canadian banks have been the recipients of huge US Dollar deposits from Panamanian officials, and through PEPs closely linked to them.  Some of the deposits have been made through Panamanian branches of Canadian banks, saving the PEPs the inconvenience of moving their ill-gotten gains north. For the others, one wonders whether there was widespread use of the diplomatic status of the senior PEPs, to transport cash and financial instruments into Canada, evading inspection by Canada Border Services Agency.