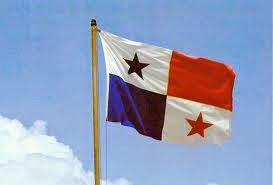 Vice President Varela, the Opposition candidate for president of Panama, has been elected by a large margin. Outgoing President Martinelli's slate, which include his wife as vice president, was defeated, reflecting the Panamanian public's distaste for Martinelli's corrupt regime, which was also limiting free speech and association, and suppressing dissent.

The financial world can now breathe easy, for rumors of an impending popular riot, which could have occurred had Martinelli been able to buy or fix the election in his favor, have now dissipated. President Martinelli is facing serious corruption charges in Italy, which it is believed will be filed as soon as he leaves office. Compliance officers charged with assessment of Country Risk should lower it for Panama at this time, as senior officers in the present corrupt administration will surely be turned out of office at the earliest opportunity.
Posted by Kenneth Rijock at Monday, May 05, 2014