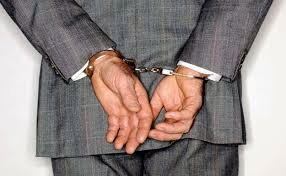 Peter Lombardi, the former president of the defunct billion-dollar life settlement Ponzi scheme, Mutual Benefits Corporation, has been serving a 20-year sentence for his role as front man for the owners, whose felony convictions disqualified them from serving as officers. At his sentencing in 2006, he probably received the maximum permissible sentence, notwithstanding his cooperation, because the company he led ruined countless small investors. He began serving his sentence in 2007.

Lombardi assisted the United States Attorney's office secure convictions in the two Mutual Benefits cases that went to trial. Pursuant to Rule 35, the US Attorney moved recently for a sentence reduction, asserting that he had rendered Substantial Assistance. The Court reduced his sentence to eighty months.
Since Federal Inmates must serve only 85% of their sentences, the defendant should be scheduled for release in the near future.

You will not find this news in the local paper.  Generally, the media fails to catch sentence reductions, and Federal prosecutors only issue press releases at convictions, or after sentencing.  I leave it to the victims to decide whether the sentence reduction still resulted in justice; He has already been imprisoned for several years. Was the 20-year sentence excessive ? You be the judge.
Posted by Kenneth Rijock at Thursday, May 01, 2014