PANAMA COURT DENIES CLEMENCY PETITION FOR OKKE ORNSTEIN, DUE TO HIS MULTIPLE CONVICTIONS AND PRISON SENTENCES 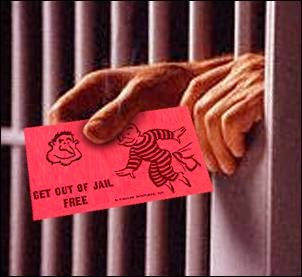 Convicted criminals who are about to face the strong arm of justice have been known to do desperate things. In the Republic of Panama, a first offender convicted of a crime can petition the court for Clemency, to avoid prison, and to have his conviction expunged; Panama's most prolific white-collar criminal, Okke Ornstein, recently had his attorneys make such a filing. I believe that such a move was only filed for the purposes of delay, as pending efforts to arrest fugitives, like Ornstein, result in a temporary suspension of arrest efforts, and Ornstein was wanted by the authorities, being a fugitive who had failed to surrender, to begin serving a number of prison sentences already meted out to him in Panama. He also faces a number of pending felony charges which have not yet gone to trial.

The defendant, as expected, ruled that he did not qualify for Clemency, due to the fact that he had several unspent criminal convictions; in truth and in fact, he has a carload of convictions, as well as a five million dollar judgment on record. The judge has ordered him taken into custody forthwith, and renewed the arrest order.

Additionally, the defendant is wanted in the European Union, on multiple grand theft charges. Apparently, he stole charitable receipts, money that belonged to a Palestinian charity operating in the Netherlands. There is yet another issue: the charity is said to be a known front for Hamas, and Hamas agents have been looking for Mr. Ornstein, whose present whereabouts are unknown, for some time. He is thought to be in hiding in Panama.

Who will apprehend this career criminal first: Panamanian law enforcement, or terrorist agents ?