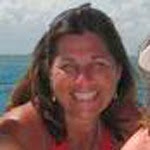 Irene Stay Shannon, the bookkeeper who became the CFO at Rothstein Rosenfeldt Adler, the billion-dollar law firm Ponzi scheme, pled guilty this week to Conspiracy to Defraud the United States, in Federal Court* in Fort Lauderdale, Florida. The defendant, who is apparently cooperating with the United States Attorney's Office, faces a maximum sentence of five years.

Mrs. Shannon controlled over 40 firm bank accounts, at TD Bank, Gibraltar bank, Colonial Bank, and the former Sterling Bank. her role involved paying off older investors with funds received from newer victims, who believed that they were purchasing interests in legal settlements of employee discrimination, sexual harassment, and other employee claims. In truth and in fact, the lawsuits and confidential settlements did not exist, in a classic Ponzi situation. The documents, including court orders, were all fictitious, or forged. The defendant also participated in a check kiting scheme, where funds were moved from one bank to another, to appear that large accounts existed.

Years after Scott Rothstein was sentenced to fifty years for creating a Ponzi scheme that defrauded investors out of their life savings, the legal ax continues to fall upon his confederates and associates, including a handful of lawyers who worked at his firm, or outside it, and who assisted him.