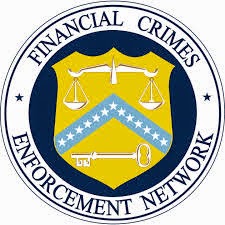 Last week's news about the fact that the Financial Crimes Enforcement Network, or FinCEN, was forced to withdraw eleven employment invitations, because it essentially discriminated in favor of lawyers, indicates that the agency believes that attorneys are especially suited for the tasks it needs accomplished, especially in its revamped and expanded Enforcement division. Leaving aside for the moment the fact that the agency may have violated Federal hiring laws, its reliance on lawyers exclusively is misplaced, in my experience, even when it limits applicants to those with "complex litigation experience." There are others far more able, in my opinion, and I say this as one who graduated from law school, and practiced law initially.

In the thirty-five years that I have been involved in financial crime, the first decade as a career criminal, and the last twenty-five as a consultant trying to interdict financial crime, in real-time, I have come to recognize that the most qualified people that FinCEN can hire* are not twenty-something lawyers from the Department of Justice. You should, in my humble opinion, seek out retired investigators and detectives from the law enforcement sector, individuals in their forties and fifties, with 20-25 years of white collar crime investigations under their belts; They can get results.

Retired law enforcement is far more rounded than government lawyers who have never been in private practice, never represented financial institutions, never assembled white-collar cases from scratch, and do not have the inquisitive nature that can only come from years of working all sorts of white-collar cases, from the mundane to the most complex, and who understands the white-collar criminal.