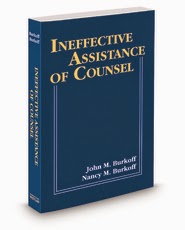 Marlon Kirton, who was appointed standby counsel by the District Judge presiding over the Federal criminal trial of Viktor Bout associate, Richard Chichakli, has filed an affidavit which contradicts the assertions of his former client, that he received ineffective assistance of counsel, and that he is entitled to a new trial upon those grounds. Chichakli acted Pro Se in those proceedings, meaning that he represented himself at trial, and conducted his own defense, as his own attorney. Mr. Kirton has filed, as exhibits, what he characterizes as proof, in a number of documents and pleadings that demonstrate his active role in the defense of the case, and detailed his efforts on his client's behalf.

Often filed after a conviction, and rarely meritorious, claims of ineffective assistance of counsel will only prevail, according to prevailing case law, if:

(1) The attorney's legal representation falls below the professional standards for lawyers who try criminal cases; and

(2) There was a reasonable possibility that, but for counsel's unprofessional errors, the results of the trial would have been different.

The defendant has an even more difficult path, if he wishes to obtain a new trial, because Mr. Kirton did not actually try the case, but, as standby counsel, only was required to provide technical advice, to assist Chichakli. When acting Pro Se, a defendant assumes complete responsibility for his own representation. How can he argue ineffective assistance of counsel, when it was the defendant who tried the case himself ? The argument is fatally flawed, in my humble opinion.

The defendant also alleged that Kirton harassed and insulted him, in the presence of the jury, which the attorney denies under oath, and stated that he was trying to guide the defendant. In a similar case, the US Supreme Court, denied relief to the defendant, holding that standby counsel's zealous assistance to a defendant did not rise to a level where the defendant was entitled to relief*.

It should be noted that, as standby counsel, Mr. Kirton forwarded any and all of his client's concerns, questions, and complaints, directly to the Court, for consideration, and he appears to have conducted himself competently and professionally under what must have been difficult circumstances, where his client, not familiar with either the rules of procedure, nor the rules of evidence, chose to conduct the trial Pro Se.