ARE YOU BANKING ANY CORRUPT PANAMANIAN PEPS ? 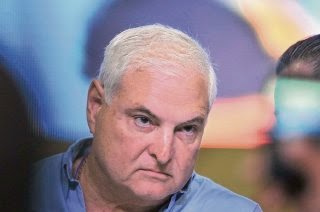 The Martinelli administration having been voted out in Panama, in this week's presidential election, look for a clean sweep in government there. This means that the ministers, and their appointed assistants, will be out, and looking to withdraw some of the bribe and kickback money that they have accumulated over the past five years. Are you by any chance unwittingly banking any of them, or their close associates ? read on:

(1) Many of Martinelli's ministers can no longer come into the United States, because the US State Department has revoked their visas. Therefore, those who were smart enough to include family members on the accounts, can access their funds, and I am sure that there will be a number of affluent Panamanian businessmen, or their wives, showing up in Miami and New York late this week, or next, to cash out some of their ill-gotten gains.

(2) Others will be visiting the Caribbean tax havens, where no questions will be asked.

(3) What about the largest group ? Unfortunately for them, they are not so lucky. Their greed got the better of them, and they are the sole signatories on those accounts. Kindly do not give in to your customer relationship manager, when he pleads with you to honor a Power of Attorney for a prized client, a Panamanian "businessman," for he is a PEP that you failed to identify at account opening, and now he wants to pull out his criminal proceeds.

While I do not generally like profiling risks by nationality, in this case, you might want to make an exception. Given the election results, it is humbly suggested that you look closely at any individual seeking to withdraw a large sum of money, whether via cashier's check or cash, if they are a Panamanian national.