OUT OF POWER, HE CONTROL'S MALTA'S GOVERNMENT THROUGH CORRUPT PAYMENTS TO OFFICIALS 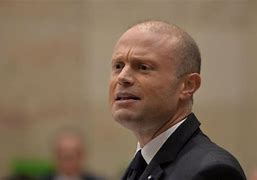 He may have been forced to resign as Prime Minister in disgrace in 2019, but Joseph Muscat is still completely in charge of government in the Republic of Malta. That's the conclusion reached by reliable sources, who are investigating him for criminal activity in violation of American law. He accomplishes this through the doling out of the proceeds of corruption, often in cash, and through that carrot, exercises power over his fellow Labour Party members who are presently in government positions at the ministerial level.

Now, lest you think that the Muscat investigation is purely an American show, since you have probably heard that there have been several US law enforcement agents on the ground in Malta for weeks (FBI), there are three Western European countries that also have criminal investigations pending against the former prime minister. It is presumed, but not confirmed, that those investigations involve the laundering of criminal proceeds, namely bribes and kickbacks. There appears to be cooperation among those nations, in a joint EU investigation into money laundering among Politically Exposed Persons, also known as PEPs.

Some observers believe that, on a last-minute trip to Miami, Muscat quietly visited one or more offshore financial centers (read: tax havens) in the Caribbean, to deposit illicit cash, and may have thereby violated the criminal laws of one or more European countries. Others think that he visited either the Bahamas (John Dalli's friends), or the Commonwealth of Dominica (where he has connections) and placed his "flight capital" in financial institutions located there, which operate under strict conditions of bank secrecy.

The most serious allegation that has surfaced is Providing Material Support to a Designated Terrorist Organization. Given that his case is going to be tried in the Southern District of New York, meaning Manhattan, where the 9-11 attacks took place, he's not going to find a sympathetic jury there under any circumstances. The wise thing to do would be to plead guilty, and cooperate early on, to avoid what will be a life sentence.

There have been no reports that the former PM has retained any American criminal defense attorneys yet; he's most likely hoping and praying that his local Maltese counsel can stall his extradition for years, believing that the US might lose interest. The case against Antiguan bank regulator Leroy King, which was delayed for over a decade by lawyers before he was finally extradited, comes on for sentencing in Texas shortly, showing that, with primary targets, America will outlast their dilatory tactics, and insure that justice is done. We wonder if Mr. Muscat has prepared himself for his upcoming ordeal; I know how difficult it is going to be.