WILL PAUL MANAFORT'S DEMAND FOR NAMES OF ACCOMPLICES UNCOVER UKRAINIANS WITH CBI PASSPORTS ? 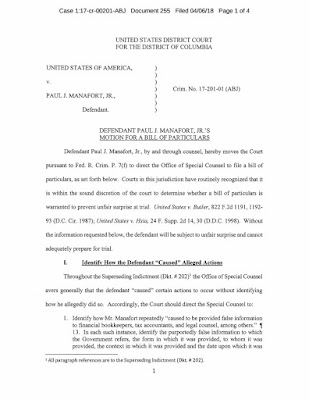 The defense attorneys for Paul Manafort, Jr., in the District of Columbia criminal case*, are seeking the names of individuals that the Government contends were his accomplices; they have filed a Motion for a Bill of Particulars, and included in that motion are demands for specific information about those individuals.

The motion states:
" Throughout the Superseding Indictment, the Office of Special Counsel refers to the defendant's alleged 'accomplices' and 'others' who purportedly helped him in the charged scheme, without identifying such individuals or companies. Accordingly, the Court should direct the Special Counsel to:

5. Identify the 'others' that allegedly conspired with Mr. Manafort in Count One of the Superseding Indictment." Defendant Paul J. Manafort, Jr.'s Motion for a Bill of Particulars, at 3.

Who are those Accomplices and Others ? Most likely,  they include the pro-Russian Ukrainians that Manafort represented, and who were said to assist him in the alleged money laundering. What we want to know is whether the Special Counsel's Office has uncovered any Citizenship by Investment (CBI) passports, issued by the five East Caribbean States who operate such programs, that are held by any of the pro-Russian Ukrainian nationals whom it identifies as Manafort's accomplices.

Precisely whch East Caribbean state or states issued the CBI passports is also of major importance. Readers will recall our recent stories about two Ukrainaian nationals who sought passports in Grenada, and where one complained to a government official there, demanding a refund of his payment, creating a minor scandal when the official's embarrasing and incriminating communications with the Prime Minister were revealed, in text messages.

If not Grenada, the logical choice then would be either Dominica, which has already sold CBI passports to between two hundred and three hundred Russians, and whom those Russians would have recommended, or St Kitts & Nevis, which has provided "private" banking services to affluent Russians for decades, with no questions asked about Source of Funds. 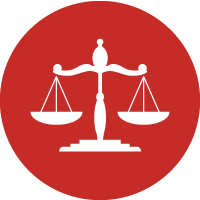 Finally, where did these individuals allegedly assisting Manafort in moving illicit funds, both his and those of others, form shell corporations ? Some of Manafort's pro-Russian Ukrainians and Ukrainian industrialists reportedly used Mossack and Fonseca, which most likely means British Virgin islands (BVI) as their jurisdiction; one source names the Cayman Islands, but the Republic of Panama is also a possibility. Unfortunately, there is little information publicly available at this time on their corporate formation in the Western Hemisphere, in this case.