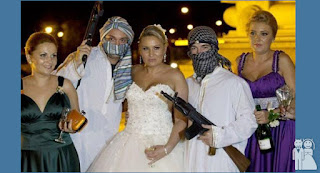 A Pakistani national, with ties to a known terrorist organization, has been detained by the authorities in Grenada, which are seeking to deport him. Currently under investigation by the United States, the individual, who has been identified as Muhammad Ehsan, reportedly was engaged in a sophisticated operation designed to allow terrorists access to the United States and Canada. His citizenship was reportedly revoked.

The scheme involved securing local East Caribbean girls to marry terrorist agents from the Middle East, thereafter obtaining Grenadian citizenship. Ehsan married a local for this purpose. It is believed that a substantial payment may have been involved. Citizens of Grenada notably have visa-free travel privileges to the United States, pursuant to a special arrangement that is not available elsewhere in the East Caribbean States. These new "Grenadians" could then enter the United States without being interviewed in advance, as they are not required to obtain US visas. Should they also choose to travel with their "wives" into North America, the resulting profile would present as exrteremely low risk to immigration and customs officials, meaning that a successful entry would be highly likely. The "wives" would get a free trip out of it, and most likely be totally unaware that they had entered into a lucrative arranged marriage with terrorists.

A variation on the scheme was in operation in Canada several years ago, when Russian females sought out single Canadian males, who they paid $10,000 to, and arranged a sham marriage, in order to obtain Canadian residency, and ultimately citizenship.

We trust that the authorities in Grenada will effectively shut down this illicit scheme, as it poses a direct national security threat to the US and Canada; terrorist infiltration represents a clear and present danger.
Posted by Kenneth Rijock at Thursday, April 26, 2018