WHO DID MINISTER FERNANDEZ DISTRIBUTE THE $15M TO IN ANTIGUA ? 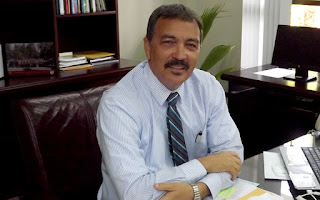 When then-Foreign Minister Charles Fernandez received the fifteen million dollar upfront payment from Chinese billionaire (and then-fugitive from justice in China) Xiao Jianhua, where did all that money go ? It apparently was never properly accounted for, and it was never deposited in the official treasury, according to CBI program guidelines. The expanding scandal has increased the Antiguan public's perception about systemic corruption, at the ministerial level, and could topple the present government, unless true reforms are implemented, due to malfeasance in office. Remember well the case of former Prime Minister Patrick John of Dominica, where mass protest caused his resignation.

The money was prepayment for a total of two hundred A & B CBI passports, but the passports were never delivered, and later disappeared under circumstances that lend themselves to the presumption of official corruption. A page thought to have been taken from one of the passports was found in the possession of a senior St Vincent police officer, when he was himself arrested by the SVG Drug Squad, which led to the subsequent dismissal of an Antigua Police Inspector, and the targeting of two diplomatic professionals, as suspects in a major passport fraud scheme, being conducted in SVG, with assistance from greedy and amoral Antiguans.

So who else was the fifteen million distributed to ? Reliable sources in Antigua assert that certain senior government officials in Antigua received portions of this money, as did the participants in the scheme to create counterfeit passports abroad, all of whom were in the same criminal conspiracy. Their identities are known, and if any of them were foolish enough to deposit those criminal proceeds into a financial institution, or move it into the United States, and/or spend any of it there, a 20-year sentence for money laundering could be in their future, and their "diplomatic status" will not save them; look at the late lamented President Manuel Noriega. He served that sentence, and later died a prisoner in the Republic of Panama. 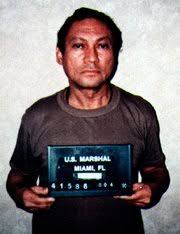