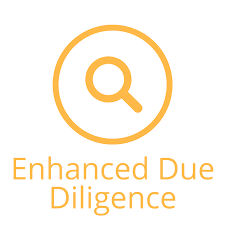 The vetting of applicants for Citizenship by Investment (CBI) passports, in the five East Caribbean states that operate such programs, Antigua & Barbuda, Dominica, St Kitts & Nevis, St Lucia and Grenada, has sufered from uneven effectiveness, due in large part to the fact that only investigations  at the limited level of Due Diligence are being conducted. This is totally inadequate for CBI purposes, as many applicants are from high-risk jurisdictions, and jurisdictions with unique issues, all of which demand that Enhanced Due Diligence (EDD) investigations are a necessity to properly evaluate such applicants.

Why Enhanced Due Diligence, you ask. Here are some of the major challenges that EDD alone can meet:

(1) The majority of CBI  applicants are from Asian and Middle Eastern countries, where the official langauges are in non-Latin alphabets. This means that legal names of applicants must not only be expressed in English, they must be transliterated into the Western alphabet. This is a recipe for illegal alteration of the identity of the applicant, into an alias that will not come back to his history, defeating the invetigation's purpose.

(2) Several of the jurisdictions that are attracting many applicants to the CBI program contain internationally-sanctioned individuals and entities, terrorist organizations, sanctions evaders, organized crime syndicates, terrorist financiers, and countries that are state sponsors of terrorism. All applicants from these high-risk nations demand an extremely high level of inquiry, which can only be adequately addressed by the broad scope of Enhanced Due Diligence.

Only through Enhanced Due Diligence procedures can the East Caribbean CBI states separate the dangerous and unsuitable criminal elements from the legitimate CBI applicants. Anything less than EDD will result in continued compliance failures in the CBI republics, and the embarrasing public exposure of more CBI passport-equipped criminals and sanctions evaders in global media. The East Caribbean Stares must employ EDD to remove them during the initial application process.