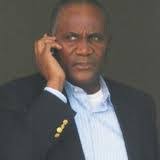 The fugitive from American justice Leroy King, former Antigua financial services regulator, and co-conspirator in R Allen Stanford's billion dollar Ponzi scheme, was allegedly offered a sweet plea deal, to cooperate against several prominent Antigua recipients of Stanford's bribes and kickbacks, according to sources close to King. The former regulator faces a potential life sentence, to be served in an American prison, for his role in fending off US regulators and investigators, thereby allowing Stanford to extend his Ponzi scheme for years. Extradition proceedings have been delayed, for years, due to local political interference with the judicial process.

King was reportedly ofered a very short US prison sentence, only 24 months of incarceration, in exchange for his cooperation, but his advisers convinced him to decline the offer. He was originally promised protection from extradition, wealth and status, but he presently lives in a tiny, primitive residence, and has not seen any of the promised wealth and prestige he expected to receive. King is expected to follow the orders of his advisers; he recently was required to disburse cash to Antigua voters, in the National Election, so that they would return the ruling party to office, as part of a widespread campaign of voter fraud.

There are unconfirmed rumors that he will be extracted from Antigua, by other than judicial means. Should that occur, his failure to accept the plea offer will be moot, and he will face a jury trial in a state where there are many vocal Stanford victims. King remains the sole fugitive remaining in the Stanford criminal case.
Posted by Kenneth Rijock at Wednesday, April 25, 2018