Three of the East Caribbean states that offer Citizenship by Investment (CBI) programs to foreign nationals, after seeing that the Due Diligence investigations performed upon their applicants was ineffective, have taken initial steps to upgrade them to Enhanced Due Diligence. This step will result in eliminating high-risk and unsuitable applicants, prior to the processing of their CBI applications.

The jurisdictions that have recently taken action to incorporate EDD into their programs are Antigua and Barbuda, and Grenada. Officials in St Kitts & Nevis have also made inquiries designed to acquire EDD capability for their CBI program, and while they are not as far along as the other states named above, it appears that they also intend to have an Enhanced Due Diligence level investigative procedure replace the ordinary due diligence which resulted in approvals of high-risk & unsuitable applicants in the past. We are hopeful that St Lucia, which operates a relatively new program, sees the benefits that program upgrading will bring to its effectiveness.

Unfortunately, the Commonwealth of Dominica, some of whose CBI passport holders have been arrested for criminal conduct, and international sanctions evasion involving Iran, Syria and North Korea, has not chosen to reform its CBI programs, and this policy failure could result in it receiving a greatly diminished market share of CBI industry applications in the short term. 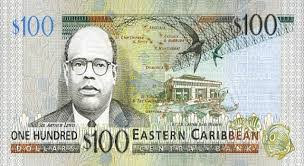 The upgrading of CBI programs to EDD should also lower the Country Risk ratings of those Caribbean countries that participate, and it is also believed that there will be strengthening of their correspondent relationhips with North American banks, due to increased confidence in the legitimacy of CBI program passport holders. The benefits of adopting EDD in CBI programs positively affect these other issues, and their role as an unexpected benefit should be recognized.
Posted by Kenneth Rijock at Monday, April 30, 2018