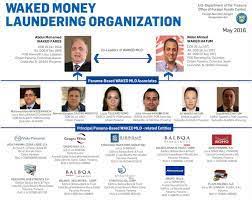 The District of Columbia Circuit Court of Appeals has affirmed the District Court decision entered against the Waked Money Laundering Organization, which had brought an action against OFAC, challenging an SDGT designation. The Waked plaintiffs alleged that the US Government denied them Due Process when they sought information on OFAC's naming of the plaintiffs and others as Kingpins (Specially Designated Narcotics Traffickers (SDGT), and for violating the Administrative Procedure Act (APA), which regulates govertnment agencies' actions.

In a 23-page Memorandum Opinion, with citations to all the relevant case law, the Court "concludes that Defendants have provided Plaintiffs with sufficient post-designation notice, under both the Due Process Clause of the Fifth Amendment and the APA". The Court did not reach a decision on whether non-citizens are entitled to constitutional protection, because it held that there was adaquate notice and opportunity to be heard. It ruled that OFACs post-designation disclosures (a three-page summary) satisfied Due Process, and that OFAC followed its own regulations and procedures.

Readers who require a review of the complete text of the opinion may access it here , in pdf format.