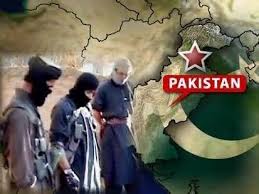 Today, a judge in Grenada ordered that Muhammad Ehsan, a Pakistani national whose Grenada passport was revoked by the government, be deported forthwith. It is expected that he will be quietly removed this weekend, without publicity. Counsel for Ehsan had temporarily blocked his deportation earlier this week, by filing written objections, and requesting a hearing, but the Court considered ther matter, agreed with the government position, that he was an undesireable alien, and ordered his deportation.

Ehsan, who obtained Grenadian citizenship through marriage,  is a known associate of a sanctioned terrorist organization. It is believed that the group's scheme is to obtain passports from East Caribbean states, under aliases, and obtain visas to enter the US & Canada, with those "clean" identities and EC passports, to commit terrorist acts.

This case comes at a time when many in the East Caribbean states have expresssed alarm about posible Middle Eastern terrorists purchasing CBI passports, as part of their expanding global operations planned against civilian targets. Considering that the United States is known to be one of the primary targets of these groups, denying them CBI passports is a priority that all of the jurisdictions in the regions should recognize, using Enhanced Due Diligence to weed out their agents, associates and members.