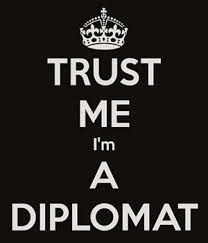 A prominent member of the Antigua diplomatic corps has been identified, by reliable sources, as one of the three local partners in an international scheme to sell counterfeit passports to foreign nationals, using authentic pages extracted from stolen blank passports. This individual, whom we choose not to name until his arrest or indictment, has served Antigua in a number of international diplomatic postings and missions. It is believed that he used his position, and family relationships, to facilitate the illegal diversion of the missing two hundred blank passports, and shared in the criminal profits.

What is most disturbing about this individual is that he is also known to be receiving unlawful compensation from an international consultancy that services Antigua's Citizenship by Investment (CBI) program, which is a clear conflict of interest, and a violation of the laws concerning corrupt acts. His connections with senior government officials are believed to have given him virtual immunity from criminal prosecution, but his most recent scandal, involving the arrest of his counterfeit passport scheme co-conspirators in Saint Vincent, may strip away the official protection that he has enjoyed to date. His biography does not show any professional or educational preparation for diplomatic service.

The Antiguan public's strong reaction to the counterfeit passport scandal could signal a genuine need for comprehensive government reform in Antigua & Barbuda in the Ministry of Foreign Affairs, to include actual professional and educational requirements for serving diplomats, disqualification of applicants with close family relationships in government, and ethics and corruption continuing education. Finally, the issuance of diplomatic passports, to anyone willing to pay cash for them, should be discontinued, lest the United Nations Office of Legal Affairs agrees to take action.