POLICE IN ANTIGUA SEIZE OVER $100,000 IN BOGUS PASSPORT SCHEME 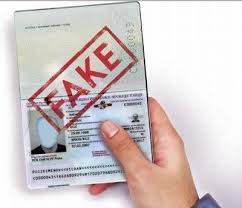 Sources inside Antigua have advised that the Royal Police have, in the course of this week's search and seizure raids, all of which are seeking evidence from the local members of an international gang making couterfeit Antigua passports, have seized cash totalling approximately USD$115,000. It is not known precisely where the seizure of cash ocurred; one reliable source stated that it was at a residence of a paramour of Police Inspector Ray John. It was John's own residence that was the first focus of the police seasrches.

There is apparently an expanded operation, being conducted by the Royal Antigua & Barbuda Police Force, to locate the the missing two hundred (200) blank Antiguan passports, which were supposed to have been entrusted to a Chinese diplomatic passport holder, but which now appear to have been taken by two individuals from the foreign affairs sector of government, and sold to criminal elements, with the alleged assistance of Inspector John.

The Government of Antigua, in a press release, appeared to try to minimize the number of Antiguan passport pages seized by the authorities in St Vincent, when the Drug Squad arrested two individuals. in possession of special printers, memory sticks, and other incriminating items, all of which indicate that the detainees are engaged in a majior Antiguan passport coiunterfeiting scheme, but thousands of bogus passports were allegedly manufactured and sold to foreign nationals throughout the globe.