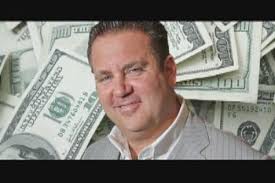 A US District Judge in Florida has granted the motion, filed by the US Attorney, to withdraw the Rule 35(b) motion to Reduce Sentence that his office filed on behalf of the attorney/Ponzi schemer Scott Rothstein. The defendant's attorney, and later the defendant himself Pro Se, opposed the motion, and filed  memoranda of law, contesting the Government's right to withdraw its motion. Rothstein perjured himself, wheh he sought, unsucessfully to assist his wife in concealing and selling their valuable jewelry collection, a clear violation of his obligations under his Plea Agreement.

The Court, in a 9-page opinion, with extensive citations to authorities, held that existing case law interpreting the provisions of the Rule 35 motion, favored the Government's position. The ruling was no surprise, given that the preponderance of decisions supports the Government's sole discretion expressed in the motion.