EAST CARIBBEAN CBI STATES COULD BE TERRORIST TARGETS FOR PASSPORTS 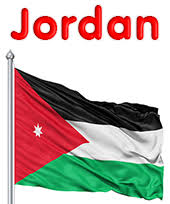 Media reports from the Middle East tell us that the Hashemite Kingdom of Jordan is in the process of cancelling a large number of Jordanian passports, which were issued, as a "courtesy," to most of the Palestinian Authority leaders. The reports state that thirty of the top leaders, including the PA president, and his senior ministers and advisers and their extended families, as well as others who may be members of OFAC-designated terrorist organizations.

These actions leave those prominent Palestinians without passports, as the PA, not being a sovereign nation, can only issue rudimentary travel & identity documents, which are not acceptable in a number of countries. Therefore, you can expect that their advisers will be seeking alternative passports. If you recember two of our recent articles, some East Caribbean states have begun direct marketing CBI programs to Palestinians.

Our fear is that, in their rush to accept a new group of affluent applicants, the five CBI judisdictions, St Kitts & Nevis, Antigua & Barbuda, Dominica, St Lucia & Grenada, may pass one or more individuals who are terrorist agents seeking to gain new identities, and receive clean passports from a Commonwealth of Nations jurisdiction, which insures global travel that is virtually visa-free. Thus, the five CBI republics would do well to carefully examine all applications from the Middle East, or from a country where Palestinians currently reside, and cull out all that a proper Enhanced Due Diligence investigation determines are either terrorist agents, terrorist financiers, or those whom the evidence suggests are reasonably suspected of providing material support to terrorist organizations.
Posted by Kenneth Rijock at Thursday, April 26, 2018