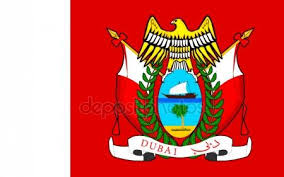 For those who believe that all the Dubai-based immigration attorneys who specialize in assisting clients in obtaining Citizenship by Investment (CBI) passports are benevolent legal advisers, allow me to interject.There are a number of such lawyers who, in addition to handling legitimate CBI matters for clients, are engaged in illegal global Iran sanctions evasion operations, on a massive scale, using their legal practices in neutral Dubai, to conceal their dark deeds.

If you were wondering how this information came to surface at this time, look closely at the latest Iran sanctions evasion case to be filed in New York District Court against Ali Sadr Hashemi Nejad, of Malta's Pilatus Bank, and at the Reza Zarrab case, also pending in New York. These individuals possessed CBI passports, and both were advised by Dubai-based attorneys, none of who has been publicly named, or charged, at this time, though they may be the subject of sealed indictments. The lawyers' identities, due to their overlapping associations with clients across the spectrum of illicit Iran sanctions evasion operations, have become known to us.

There are several Iranians fully engaged in Iran sanctions evasion activities; evidence of that is the Death Row inmate, Babak Zanjani, and his partner Alireza Monfared, also somewhere in custody in Iran. Note that several of their partners have approached the Government of Iran, with the goal of paying off Zanjani's missing billions, to have his execution cancelled. Those individuals are still active, regretfully, and continue to operate their sanctions evasion criminal enterprises.

Reliable reports from the Middle East advise that there are seven, independently run, sanctions evasion programs, which are supervised and managed by their Dubai lawyers, in a continuing criminal enterprise. While those attorneys are known for their CBI and passport practices, their covert activities continue unabated, due to the curious "hands-off' policies the UAE states observe, regarding their large Iranian expat population, and violations of international sanctions.

Will the guilty lawyers be exposed (and indicted), and their sordid acts ever see the light of day ? We cannot say, especially since they do not seem to be entering the United States of late, where they could be detained, and indictments unsealed. Should they be named ?
Posted by Kenneth Rijock at Monday, April 09, 2018