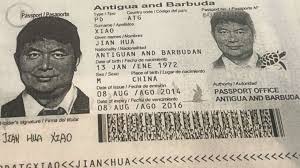 Two suspects were arrested recently in St Vincent by the Drug Squad; they were found to be in possession of a special printer, memory sticks, and personal information pages from a number of what appeared to be biometric passports from Antigua & Barbuda. The pages, which identify individuals from Australia, Dubai UAE, and Egypt as Antiguans, are evidence of a massive passport fraud scheme that offered bogus A & B passports to foreign nationals. Extradition to Antigua is expected to occur shortly.

A confederate, operating out of Antigua, allegedly assisted with the acquisition of the format of biographical pages, which were then created and inserted into passport blanks in St Vincent. His identity is reportedly known. One source stated that thousands of  passports have already been created and delivered, using sophistocated techniques. It is not known where the bulk blank passports were manufactured, but a company in Europe, already under law enforcement investigation, may have been the source. 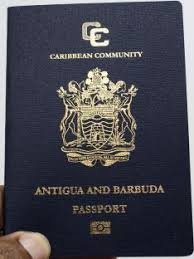 Did the gang manufacture counterfeit passports from other jurisdictions ? There is insufficient information available from the initial arrest reports, but the generic passports they had acquired could be used to create authentic-looking documents for most countries.