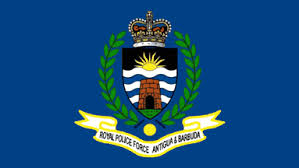 The Royal Police Force of Antigua & Barbuda, serving a search warrant at the residence of prominent Police Inspector Ray John, removed two large evidence bags from the premises, in a case said to be closely related to the recent arrest of two passport fraudsters in St Vincent. Those arrested in St Vincent had, in their possession, legitimate personal identification pages from Antiguan passports. The were part of a ring known to have illegally sold bogus Antigua passports to foreign purchasers, using generic blanks purchased from an identity document factory located in Europe, to craft credible counterfeits.


Antigua insiders assert that the missing two hundred blank Antigua & Barbuda passports, scheduled to be given to the missing Chinese billionaire Xiao Jianhua, holder of an Antigua diplomatic passport, were never delivered, and three conspirators, including Inspector John, and two other individuals connected to the Foreign Ministry, obtained them and sold them to the passport fraudsters. That is why the  pages seized in St Vincent are genuine, and not counterfeit.


Nobody is in custody in Antigua at this time, but arrests are believed to be imminent.