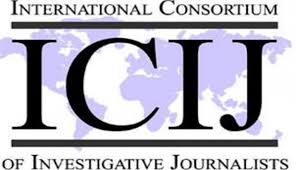 Reliable sources in Panama City have stated that the Government of Panama intends to charge the International Consortium of Investigative Journalists (ICIJ) with Industrial Espionage, due to its acquisition, and publication of, the so-called "Panama Papers," certain client internal files of the now-defunct law firm of Mossack and Fonseca. The evidence published by the ICIJ, which implicates the Mossack firm in extensive money laundering, tax evasion, and movement of the proceeds of corruption, cast Panama's major corporate law firms in a dark light, which reportedly infuriated them.

Panamanians, already unhappy with the mysterious disappearance of several files containing pending criminal charges brought againt Panamanian President Juan Carlos Varela, and the failure of the Government to bring Jurgen Mossack and Ramón Fonseca to trial, suspect that this new action is evidence of Varela's efforts to distract attention from his many problems.

The Panama Papers were files of the Mossack law firm that were most likely hacked by experts, and turned over to ICIJ representatives. Those individuals obviously broke the law, but isn't charging the ICIJ with espionage a stretch ? Considering the current situation in the Panamanian system of criminal justice, political considerations may trump the Rule of Law, and allow the prosecution of the whistleblower NGO.
Posted by Kenneth Rijock at Wednesday, April 04, 2018