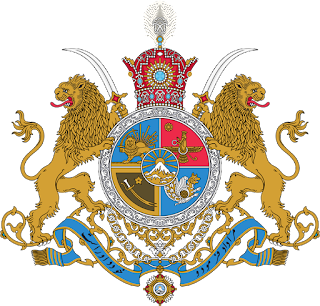 Rather than reform their programs, the majority of the five CBI East Caribbean States continue to improperly vet applicants from high-risk jurisdictions, and jurisdictions known to be State Sponsors of Terrorism. One new CBI construction project appears to have totally disregarded risk issues, and plans to sell its residential units, which come complete with a CBI passport offering visa-free entry to over 135 countries.

The UAE-based developer is reportedly marketing the project exclusively to Iranian nationals,  a high risk group for whom effective Enhanced Diligence is extremely difficult, if not impossible, due to:

1. A lack of available English language comprehensive data on Iranians. A lack of useful open-source databases on Iranian nationals and expats.

2. The risk that names, places of birth, and date of birth may have been altered on identity documents presented to CBI unit staff, or clever, and authentic, aliases provided on official documents.

3. The risk that applicants may be Politically Exposed Persons (PEPs), who have access to government funds and accounts, and who could be using the Proceeds of Corruption to make their CBI purchase.

4. The lack of any database that could be used to run Facial Recognition software against the images of the Iranian applicants, to confirm identity.

5. The difficulty in correctly transliterating Persian (Farsi) names into English equivalents that will be properly formatted to check against sanctions lists, and databases of high-risk individuals.

Marketing to Iranians, knowing the difficulties involved, will result in up to one hundred and eighty unknown Iranian nationals, that are not properly screened and cleared by Due Diligence, obtaining completely new, and clean identities, with which to visit the Commonwealth, the EU Schengen Zone, and other visa-free jurisdictions. The potential for the facilitation of money laundering, terrorist financing, moving the proceeds of corruption, and espionage, by Iranians using these passports, is huge.

The legal, political and diplomatic consequences of this project cannot be predicted, especially whether it will result in blacklisting of the entire country, or all its passports by North American or European immigration officers, or their banks. Is the proverbial straw that will break the CBI camel's back, with blunt American pushback, by the banks or the government ? We cannot say, but the arrogance of those who conceived of this project may result in painful pushback.