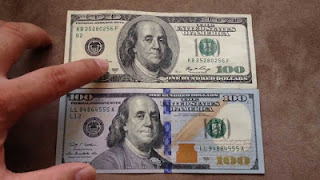 A powerful South Korean-based organized crime syndicate has large quantities of the most dangerous version of the North Korean-made USD$100 "Supernote," the counterfeit one hundred dollar bill. Should it be released, in bulk, into the global economy, it could wreak havoc with international trust in American currency, and possibly even economic damage.

The bills, which were made on or about 2006, and reportedly stored since then in the Peoples' Republic of China, and later smuggled into the Republic of Korea, have been withheld from circulation, but one example was found in a bank in Seoul, in late 2017. It took a team of experts at KEB Hana Bank to ultimately conclude that it was a counterfeit, which is testimony to the  accuracy of the counterfeits. One South Korean source claims that the plates for the Supernote were made in the ROK, and smuggled north, but there has been no independent confirmation of this to date.

The Series 2006 was the last issue of the US one hundred dollar bill made prior to the insertion of a number of advanced anti-counterfeiting features, though examples of counterfeits from the later era have also been seen, and photographed, in South Korea.

The powerful organized crime sydicate, which has reportedly long had ties to the South Korean military, allegedly used the counterfeits as collateral for large bank loans, by claiming that the money was genuine. It holds these counterfeits in a number of guarded warehouses, some in locations that corroborate the claims of military protection of the syndicate. Previous links to the country's intelligence community have also been verified.

The organized crime group also holds large quantities of counterfeit currency of a number of Asian countries, but whether these bills were printed in North Korea has never been verified, though they are also suspected to be of DPRK origin. There are, literally, pallets of these bills, in secure storage. 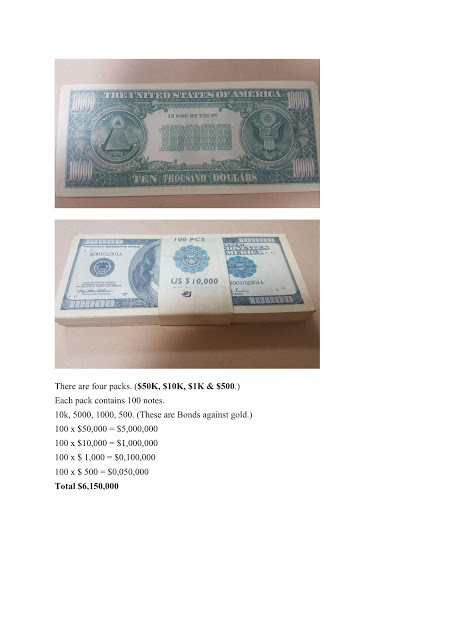 The syndicate also holds quantities of bogus bonds, also purportedly of US Government origin, but which must be forgeries, due to the fact that such financial instruments, in those specific amounts, were never issued. It also, strangely enough, holds US currency which was never printed, such as a well-made $10,000 bill, ostensibly printed in 2006, using the image of Benjamin Franklin, or a million dollar bill, using the George Washington inage.

While no Western banker would ever accept such financial oddities, they could possibly be used  for fraud, as potential bogus collateral oveseas, or in private criminal transactions, especially involving the storage of wealth* obtained in narcotics transactions. Also, remote areas, where American financial instruments are rarely seen, and unfamiliar to businessmen there, might be a ripe area for massive fraud. A five hundred dollar bond, with the image of Ulysses S Grant thereon, and attached interest coupons, could result in a hige payday for the seller, even if heavily discounted. 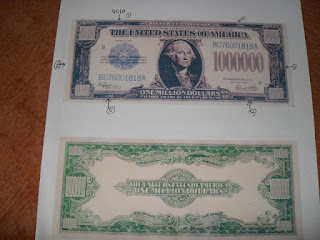 What is not known is whether the South Korean organized crime syndicate has any direct connections to the DPRK government, other than as a buyer of counterfeit instruments.  That is a matter for further investigation.

The clear and present danger that the Supernote poses to the United States cannot be underestimated. Givewn that there has been no US Treasury alert posted, either publicly, or to the financial community at largemay indicate that details of this threat are either discounted, or that the information has been classified, due to concerns that it might damage the image of the US Dollar overseas, and also its value on international markets. Whatever the reason for a virtual US news blackout on the subject, the latest iteration of the $100 Supernote deserves attention, before some Korean mob boss decides to open the doors of one of those warehouses, and starts offering them in bulk, as was recently seen in Singapore, at 50 cents on a dollar of face value. Once the genie is out of the bottle, it will be imposible to put him back.
____________________________________________________________________________
* Selling bogus high-value instruments to criminals is not a stretch, though inherently dangerous. There are nearly one million Canadian $1000 bills still in circulation, most of whom are believed to be held by criminal organizations there We note that Canada is seeking to pass legialation to declare its $1000 and $500 notes as no loner leal tender. Most of the €500 notes in the EU are in the hands of organized crime, largely in Spain.