IS PLACEMENT OF BRITISH HIGH COMMISSIONERS IN ANTIGUA AND GRENADA INTENDED TO REIN IN WAYWARD EAST CARIBBEAN STATES ? 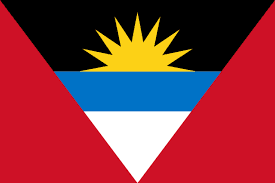 The announcement, made by UK Foreign Secretary Boris Johnson, that High Commisioners will thereafter be appointed and posted to Antigua & Barbuda, Grenada, and St Vincent & the Grenadines, is a rare bit of welcome news, as many of the East Caribbean States, and Antigua and Grenada in particular, have wallowed in what can only be refered to as systemic corruption, and the presence of British diplomats may cause local government officials to reduce their amoral, and indeed illegal, conduct.

Some of the leaders of the East Caribbean states are running their countries as if they are personal piggy banks for their corrupt benefit. In Antigua, of a reported $200m earned in the country's Citizenship by Investment (CBI) economic passport program, only a minimal $20m has been said to have made it into the country's National Treasury. In Dominica, there have been at least 500 illegal diplomatic passports issued, in a program that is totally in violation of the United Nations Vienna Convention requirements.

In virtually all the East Caribbean states, voter fraud, meaning the open purchase of votes during national elections, including flying in expats and students studying abroad, to cast their votes for the parrty in power, is a normal occurrence, during a long, 20-year history of corruption. Ususping the Rule of Law, in the local couert systems, using the local police to openly intimidate Opposition parties and leaders, and seeking to destroy the reputation of any individuals who seek reform, all add up to an untenable situation, in which democracies become little more than banana republic dictatorships.

Let us hope that this return to a UK presence will serve to check some of the more outrageous corruption, and indeed give birth to effective reform movements in the East Caribbean.
Posted by Kenneth Rijock at Saturday, April 21, 2018