PANAMA CLAIMS IT HAS A STAR HACKER WITNESS AGAINST THE ICIJ 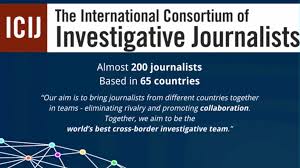 The Government of Panama has reportedly obtained the testimony of one of the individuals who alleges that he hacked into the electronic files of the law firm of Mossack and Fonseca, and turned over all that information to the International Consortium of Investigative Journalists (ICIJ). This news came out in the aftermath of a report that Panamanian prosecutors plan to charge the NGO with industrial espionage.

The hacker, who allegedly has a dark past, has said that he acted under the direct orders of ICIJ staffers, though no details or evidence have yet been produced . His incentive for cooperting with Panamanian prosecutors is reportedly that he was not paid for hacking into, and delivering, the Mossack data, which became the notorious "Panama Papers," bringing down more than one national leader whose secret bank Panamanian accounts were exposed in the media.

Whether this witness' claims are true, or a fabrication designed to damage the ICIJ's reputation and image, and aid Jurgen Mossack & Ramón Fonseca's criminal defense is not known, but there are suspicions that this is possibly an effort to "shoot the messenger," and derail the criminal case against the  MF name partners, at the same time, given Panama's corruopt court system.