WILL NORTH KOREA, SHORT ON CASH, FLOOD THE WEST WITH ITS NEW SUPERNOTE ? 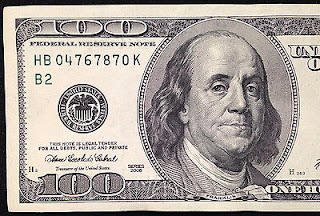 According to the experts, the hard currency reserves of North Korea (DPRK) have declined to only $3bn, and it is projected that they will be gone by the end of this year. The DPRK, in an unusual move, is selling electricity to China, reportedly diverting it from a munitions factory. That might give you an indication just how short North Korea is on major currencies like the US Dollar.

Banks in the West should be on guard for any appearance of the Series 2006 North Korean $100 "Supernote," whose accurate, and timely, because identification of this specific counterfeit could present a problem. It took a team of bank experts, examining a suspected Supernote in late 2017, to conclude that it was one of the next generation North Korean counterfeits.  There have been no reports of the Supernote appearing in North America, or in the countries of the European Union, thus far in 2018.

North Korea's favorite method of distribution of its counterfeits is through its embassies abroad, but given China's close cooperation with the DPRK, as its principal trading partner, one cannot rule out the potential use of Chinese embassies to move the North Korean copies. China's expanding embassies in the East Caribbean, whose banks lack state-of-the-art counterfeit identification skills and methods, would make the region a prime target. Chinese loans or grants, or post-hurricane relief funds, could allow unchecked distribution, with proper identification not made until the bogus bills actually end up in the US banking system, though most could stay offshore, or be sent to Latin America, where a thriving black market in high-value US currency has long existed.