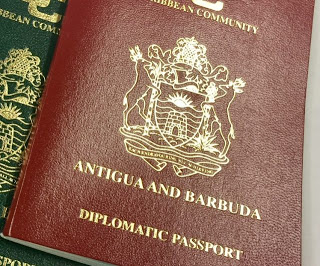 A fair reading of the list, released last year, of those individuals holding diplomatic passports, issued by the Government of Antigua and Barbuda, shows that a number of them have been given to foreign real estate developers & CBI consultants, and their wives, and even family members. Are these types of passport recipients obtaining these prized documents, which can be easily used to avoid customs and immigration, if properly employed, merely "professional courtesies," or do they have a darker purpose ?

We are all too familiar with the case of the Iranian intelligence agent, Alireza Monfared, who was a partner in the billion dollar Iran oil-for-gold sanctions evasion scandal, and who is currently being held incommunicado in an Iranian prison, facing the same death penalty issued to his associate, Babak Zanjani. Monfared used his Dominica diplomatic passport to not only escape arrest, but to evade customs inspection and interrogation en route, when he sought refuge in Dominica, carrying a quantity of wealth that would raise eyebrows, were he not masquerading as a diplomat on his way home.

One of the facts of life in the CBI world is that developers and CBI consultancies often find themselves being handed deposits, in cash, as well as CBI fees, with instructions from the clients to avoid a paper trail, which might be discovered in the clients' home country and/or taxman. With a diplomatic passport, the possibility exists to cut around customs lines, especially in the developing countries, and deliver funds directly to the government agency which will issue the passport.

Disregard for a moment, the fact that these diplomatic passports violate international and United Nations regulations and laws, and are a rude insult to genuine diplomats, they could facilitate money laundering on a grand scale. Neither the CBI developers nor CBI consultancies are constrained by any licenses and permits they must hold, in their respective industries. It is a huge loophole through which virtually any smart individual can drive a truck through, and all due to the issuance of diplomatic passports to those who should not be receiving them.

For those readers who want to see the evidence for themselves, below you will find the first page from the Antigua diplomatic passport list. Look for known CBI consultants and real estate developers linked to the CBI program. 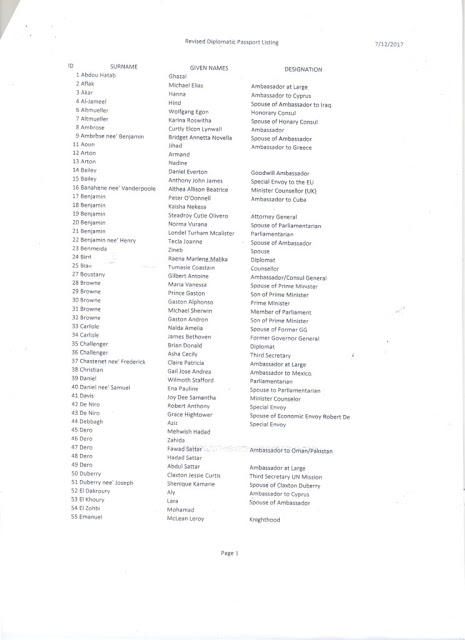