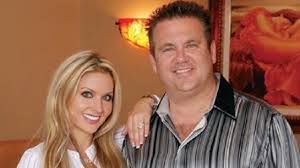 The attorney, Scott Rothstein, ten years into his fifty-year sentence for running a master Ponzi scheme out of his law firm, has filed his own memorandum of law, in support of his attorney's opposition to the Government's motion to withdraw its pending Rule 35 sentencing reduction motion. The defendant, arguing that the combination of his special in-custody security status, and his attorney's busy schedule, precluded the personal contact needed to further brief the issue, filed his own memo. Rothstein is represented by the prominent criminal defense attorney Marc Nurik, who practices in South Florida and Southern California.

Rothstein's thirteen-page Pro Se  memorandum of law, which contains extensive citations to authority, argues that since his plea agreement does not provide for a method to terminate or withdraw it, the Government cannot prevail, as a matter of contract law. While the Government has the sole discretion to decline to request a sentence reduction, it cannot withdraw the motion, according to Rothstein.

The Rule 35 (B), if if survives the Government's withdrawal motion, could at some point in the future, enable the defendant to get a much-desired sentence reduction, perhaps when the current strong public opinion against him subsides, or the next US Attorney appointed has a more favorable attitude towards him. Rothstein did assist in obtaining several additional convictions.

We shall advise when the Court renders its decision on this issue.
Posted by Kenneth Rijock at Friday, March 23, 2018