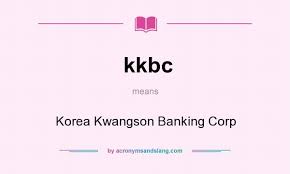 Buried in a 36-page Criminal Complaint filed in US District Court in New Jersey* against a Chinese trading company alleged to be the front for a sanctioned North Korean bank, Korea Kwangson Banking Corp., is the allegation that the disgraced Panama city law firm of Mossack and Fonseca formed three British Virgin Islands corporations, to act as additional intermediaries for the North Korean bank.  These BVI companies were able to purchase needed goods for the DPRK, without alerting sellers that they were, in essence, vending goods to an internationally sanctioned entity, and rogue nation.

Inasmuch as a considerable amount of time, has elapsed since the name partners at Mossack Fonseca, as well as an additional partner, were arrested in Panama, and no trial date has been set, or other significant progress been made in moving the criminal case along to a conviction and sentence, perhaps it is time for the United States to add the Mossack partners to that case, or file a new one, so that justice may be properly served. Given the broad scope of Mossack & Fonseca's criminal acts, they deserve no less. They used their special skills to operate a racketeering enterprise, and should be punished accordingly.