TRUTH OR DARE IN ANTIGUA 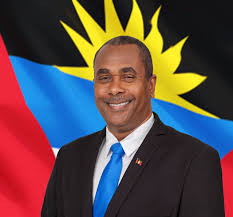 This blog seeks only truth; we have no stake in who wins elections in countries outside the United States, nor do we wish to. We do, however want to see free & fair elections. On to today's topic.

The controversy, regarding the truth and accuracy of allegations made against an Antiguan UPP candidate for office, McChesney Emanuel, continues unabated, and we shall attempt, here to present the opposing viewpoints:

(1)An affidavit, filed in court, accusing Dr. Emanuel of selling an official "diplomatic envoy" position or title has been disputed. It is asserted that the purported affiant, Peter Chau, has not been in the United States since 2012, and that therefore the New York licensed notary public could not have witnessed and authenticated his signature, which is alleged to be a forgery. Clearly, a qualified disputed documents examiner should be appointed to get to the truth of the matter, but there is more.

Peter Chau's credibility is at issue here, for he was convicted of possession of forged instruments, and sentenced to two years and eight months imprisonment, in November 2009, and also fined in connection with an unauthorized  investment scheme in September, 2007. These entries were located in a routine database search of records. Another source notes that he is no longer permitted to enter the United States.

(2) The allegation, that Dr. Emanuel, and other unidentified individuals, sold Antiguan passports, while in government office, during an unspecified period no later than 2014, is also disputed by him. No documentary evidence, including emails, copies of passports, entry records, or other other indicia of proof, has been made public. Generally, the names of such recipients of illegal passports, are made available when such claims are made. There is no evidence that Emanuel sold, offered to sell, discussed or negotiated, any passport sales, either within or without public office.

(3) Unsubstantiated allegations, as to the existence of ongoing criminal investigations, by US law enforcement, of a number of parties in the upcoming elections in Antigua, cannot be verified or corroborated, and we only bring them up here in passing, as we cannot provide a factual basis for them. Are they true ?

Are the allegations true or false ? I will let you decide, but I personally like to see evidence of misconduct before making it public, especially on the eve of an important election.