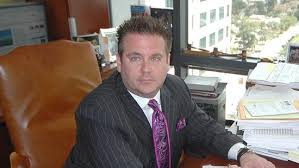 Remember Fort Lauderdale attorney & master Ponzi schemer, Scott Rothstein ? An employment attorney who manufactured phantom discrimination and sexual harassment settlements, and the sold them to greedy investors ? Rothstein, years after receiving a monster 50-year sentence for his crimes in 2010, is back before the Court, trying desperately to keep alive a chance to reduce what amounts to a life sentence, through  the Rule 35 motion filed by the US Attorney's Office.

Longtime readers of this blog will recall that a "place-holder" generic Rule 35 motion was filed in his case, just before the one-year deadline expired. The motion placed sole discretion on seeking a sentence  reduction in the hands of the prosecutors. Rothstein later violated his obligations, when he attempted to cover up his now ex-wife's efforts to covertly retain, and sell off, expensive jewelry they owned, rather than surrender it to the Trustee, who was assembling assets, to repay investor victims.

Last year, the US Attorney moved to withdraw the long-pending Rule 35 motion, due to his violations, and Rothstein, who must serve eighty-five percent of his sentence, under the Sentencing Reform Act, now faces the fact that he now will be serving approximately forty-two and one half years, is opposing the motion.

The defendant, through one of South Florida's most experienced criminal defense attorneys, Marc Nurik, argues that, since the Rule 35 motion did not specifically provide for a method through which it could be withdrawn, the Government is bound by it. In opposition, the US Attorney's office has asserted that Federal case law does not favor Rothstein, as the motion to reduce sentence was made through a Rule 35 filing, and not within the Plea Agreement, which would have invoked that laws of contract to allow the defendant to retain the benefits of the sentence reduction motion.

When the Court has entered its decision, we shall update our readers accordingly.
Posted by Kenneth Rijock at Sunday, March 04, 2018