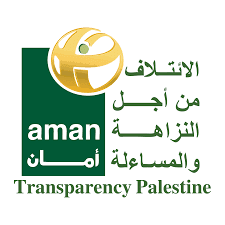 The recently released NGO report* on systemic corruption, at all levels, in the Palestinian Territories, should be noted in the context of new invitations extended to wealthy Palestinians, who wish to obtain CBI passports in the five East Caribbean states that offer these programs, as well as any potential future programs elsewhere in the region. The report, which may be accessed here, will shock you, when you see the universal corruption that is denying the Palestinian Territories any viable economy, without massive amounts of foreign aid.

In addition to the Panamanian invitation,  CBI real estate developers in the Middle East have solicited affluent Palestinians for a pending Grenada, as well as a potential St Vincent, CBI project. Considering  that most of the Palestinian millionaires earned their fortune through corrupt activities, there is a presumption that any Palestinian CBI applicant cannot pass a traditional compliance Source of Funds test, and that those who  receive CBI passports used dirty money for the purchase, with the Willful Blindness of the CBI program head that signed off on his application.

Factor in the possibility that the CBI applicant may be a Hamas, or Palestinian Islamic Jihad agent, and you have a perfect storm, withe the East Caribbean state's banks right in the firing line, for terrorist financing facilitation charges, money laundering, and other financial crime in support of terrorism exposure.