WILL NORTH KOREA DEPLOY ITS FINANCIAL WEAPONS AGAINST THE US ? 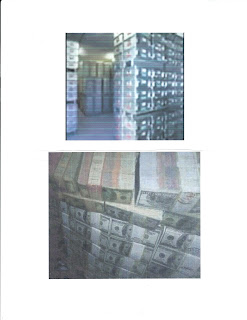 If you were wondering how the latest state-of-the-art North Korean copy of the US one hundred dollar bill found its way into Seoul late last year, it came in via China, which conducts extensive trade with companies in South Korea. The United States Government has not yet seen fit to warn the American financial community about the so-called new and improved Series 2006 "Supernote,"  but it also represents a clear and present danger to Foreign businessmen who trust in the authenticity of the US currency that they acquire.

The pictures above were taken in one of a number of warehouses, located in the Republic of Korea, where massive numbers of DPRK Supernotes, as well as North Korean-made counterfeit currency of Asian countries, are, under the control of a powerful and ruthless organized crime cartel, with branches in Taiwan, and the Philippines. The cartel, whose roots are in the South Korean intelligence community (KCIA), during the time when the country was under strongman rule, has a transnational reach, and it has left a long trail of bodies in its wake.

The nature of the cartel's relationship with the DPRK, which is unknown, is cause for concern; Are these basically undetectable bills going to flood world currency markets, on the orders of North Korea's leaders ? We cannot say, but someone must be asleep at Treasury, or we would have already seen handouts detailing the flaws present in the extremely well-made Series 2006.

A final note: North Korea has also created totally fantastic financial instruments, of which the example below is but one. Yes, I know you think nobody would accept it at face value, but what if some do ? 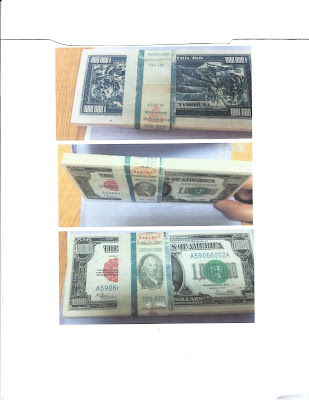