The recent lopsided victory, in Grenada, that returned the incumbent government to office, was just the latest in a string of national elections in the English-speaking countries of the East Caribbean. Voters, when given a choice between reform and progressive candidates, always choose the existing administration, or refrain from voting at all, because they are offered the proceeds of corruption to obey corrupt officials who are in office, doling out cash.

In an election where a leader in the ruling party confided that he was spending money to direct voters' actions at the polls, reformers have no chance, even with members of their own political party. One source asserts that the Opposition has no chance of victory for that reason. 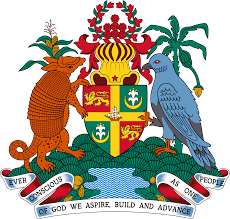 Where does all this cash come from, you ask ? Bribes and kickbacks from real estate developers who want the government's approval to build CBI projects, which are funded by applicants for Citizenship by Investment passports; cash paid for illegal (but still issued) diplomatic passports; kickbacks from favorable contracts granted to businesses that deal with the government; and major funding from CBI consultancies, to facilitate actions in favor of the "donors."

Given that returning corrupt officials to office, whether it occurs in Grenada or elsewhere in the region, perpetuate the cycle of rampant corruption, because they just repeat their vote buying in the next election. An external solution must be imposed, because North America and Europe face imminent threats, due to the acquisition and possession of CBI and diplomatic passports by transnational criminals, terrorist financiers, and corrupt Politically Exposed  Persons (PEPs), all of whom have illicit goals that target the developed world.

These steps, some of which are already reportedly being implemented, should protect the West, and its financial institutions, from the threats:

(1) Immigration authorities should be instructed to ban the entry of all CBI passport holders from entry into the countries of Europe and North America, because the abject lack of due diligence performed upon the passport holders renders their true identities suspect at best, and completely anonymous at worst.
(2) If the East Caribbean countries will not then increase their due diligence to "banking best practices" levels, then raise risk levels on ALL passports from the five CBI issuing countries. The lack of access to the US & Canada will insure prompt reform, by public furor against their own governments.
(3) Demand that all bogus diplomatic or official passports, not held by bona fide working diplomats or active-duty senior officials, be cancelled, and the names of holders made public, together with their photographs.
(4) If all of the above are not enacted forthwith, open US FCPA and UK Bribery Act investigations against guilty government officials, and CBI developers, and issue travel warnings to tourists, to discourage them from vacationing in those countries, due to their failure to adhere to the Rule of Law, and the possibility of increased dangers, due to crime. 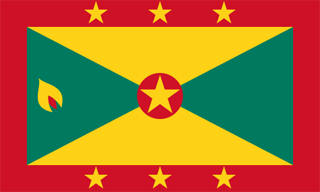 These measures, some of which may seem extreme, will serve to reform not only the CBI programs, but hopefully bring to office progressive, and honest, leaders, who can eliminate that never-ending cycle of Caribbean CBI corruption.