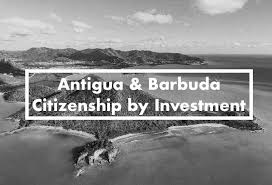 A careful review of the list of CBI consultants approved by the Government of Antigua, who are authorized to assist applicants for the country's Citizenship by Investment program make application for Antiguan passports, shows at least eight individuals I have identified as Persian, from their surnames. While their immigration businesses may be located in Canada, or the United Arab Emirates, their marketing targets are Iranians. Why is this dangerous ? Can anybody say Alireza Monfared ?

These CBI consultants speak Farsi, are either expats, or directly descended from immigrants, and have existing familial or business relationships within Iran, making them ideal representatives to attract applicants, and close CBI agreements, earning a substantial commission in the process. Some actually regularly visit Iran, to drum up new clients, but who are these clients ?

Bear in mind that Iran represents a clear and present danger to the West, through its  rogue nuclear weapons and ballistic programs, which require it to acquire dual-use goods and high tech components after through covert overseas operations. Also, many prominent Iranians are sanctioned by the Office of Foreign Assets Control (OFAC), whether they be Iran Revolutionary Guard Corps Al Quds officers, or Politically Exposed Persons (PEPs), or leaders of sanctioned government-controlled companies.

Should Iranian nationals who are threats to National Security obtain CBI passports from Antigua, their ability to enter a large number of countries, visa-free, will facilitate their illicit operations. Though Antigua and Barbuda is an ally of both the US & Canada, as well as the European Union, the present government's desire for the lucrative CBI income trumps any concerns or hesitations they should have for accepting terrorist financiers, WMD supplier purchasers, or intelligence agents engaged in espionage.

We can identify them, even with Antiguan passports, you say ? You forget that Iranian names, which are in the Perso-Arabic alphabet, must be transliterated into English, into the Latin Alphabet.  Unless facial recognition software has a decent image to work with,  exact identification, once the CBI passport is issued, is problematic for law enforcement.

Antigua's CBI program badly needs reform, to red line nationals from Iran, and other countries that pose an unacceptable level of risk. Until global security overrides avarice in Antigua, bad actors will be able to obtain that prized passport.