EAST CARIBBEAN REPUBLICS MUST ABANDON CORRUPTION OR PAY THE PRICE 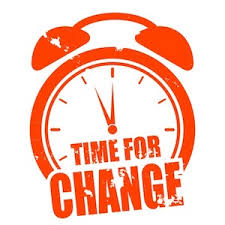 The rampant corruption poisoning the East Caribbean republics, including but not limited to million dollar "incentive payments," kickbacks from Middle Eastern-based CBI developers, cash payments for illegal diplomatic passports, and lucrative sweetheart contracts with government, can only come to an end through the power of the vote. Time and time again, corrupt Caribbean leaders buy their way into power, and retain it through the same means. They can only be removed after voters free themselves from their dependence upon the sale of their votes, and voter apathy, and take charge of their future.

A failure to reform across the board will eventually result in the following negative events:

(1) The EU, USA and Canada will blacklist not only the CBI passports, but ALL passports issued by the five East Caribbean jurisdictions operating the flawed CBI programs. That means no US or Canadian visas to visit relatives who live overseas, and no holiday trips.

(2) The few correspondent banking relationships, between East Caribbean banks, and the NewYork banking structure will be terminated, forcing the banks to go to UK or Europe, at high rates, to access the US Dollar system. Imagine how expats sending funds to their elderly relatives at home will feel when the costs are tripled.

(3) Tourist-oriented businesses may be forced to pass along increased operating costs of funds transfers to the clients, raising prices, and causing tourists that rely upon reasonably priced vacation packages to go elsewhere on holiday.

(4) The resulting decline in local economies may bring on an increase in street crime and narcotics use, and thus a decay in the safe environment which attracted your tourists in the first place.


The solution is in the ballot box; when the East Caribbean republics are led by reformers and progressives, and not corrupt leaders, all the above will never occur. It is humbly suggested that it is high time for change.