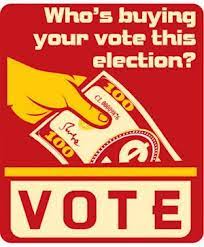 According to an eyewitness, a senior Antigua government officer bragged that he was going to spend USD$50,000 per day, to pay voters not to vote in the upcoming national elections. He reportedly stated that he will give each voter $20 to surrender his voter identification card, which is a prerequisite to be allowed to cast a vote in any election in Antigua. It was further alleged that he intends to spend an equal amount of his money, each day, until the election, to insure that the Antigua Barbuda Labour Party (ABLP) wins, and remains in power. Bear in mind that either giving, or receiving anything of value, regarding the casting of a vote in an election, to influence the vote, is a crime in Antigua and Barbuda.


Officials in the Labour Government have threatened several whistle blowers with arrest, have taken steps to insure that any arriving journalists are detained and deported, and initiated nasty character assassination techniques upon their opponents. Their arrogance, and utter disregard for the Rule of Law knows no bounds. They believe they can act with impunity, influence and direct the results of the national election, and continue to commit corrupt acts, and other crimes, solely to illegally remain in public office. We trust that the people will have the final say in who will govern them. 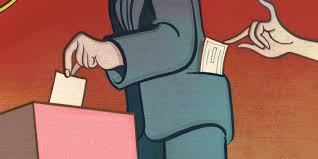