IRAN UNABLE TO COLLECT $170bn OWED TO IT BY LATIN AMERICA 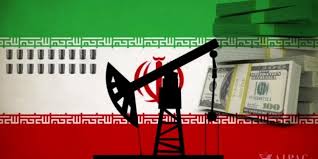 Agents from the Islamic Republic of Iran have been attempting to collect the estimated $170bn in debt, owed by the governments of several Latin American countries, who covertly purchased Iranian oil, in violation of sweeping international & American sanctions. Apparently the United States has turned a blind eye to Iran's lucrative illicit oil trade with America's Latin American allies, as it did with Asian countries who had oil needs. Why this illicit trade was never publicly exposed is not known.

Iran operates a "tractor factory" in Venezuela, which is a cover for a weapons manufacturing facility, and it is possible that the debt also includes funds owed for arms shipments. Iran sold much of its illicit oil at a discount, and pursuant to generous terms, which would explain the large amount unpaid.

Repayment through delivery of local agricultural and manufactured goods was one of the contemplated methods, due to international sanctions imposed upon Iranian-controlled freighters, Iran could not pick up the goods as scheduled, and the balances increased exponentially.

While Venezuela is at the top of the list of debtors, sources say that Ecuador and Chile are among the countries who owe obscene amounts of money. Given that both of those countries are on the Pacific Ocean, transport routes far away from US shipping lanes, as well as possible US Coast Guard and Navy surveillance, deliveries could have been effectuated, without American knowledge.