The Spanish police, specifically the DGP  (Direccíon General de la Policia) fabricated incriminating documents designed to implicate Vladimir Kokorev, a Russian-Spanish businessman who has been illegally held in the Canary Islands, in a bogus money laundering case that the European Parliament had held is a political vendetta, and a human rights violation. Nobody has ever been charged in that matter, but Kokorev has been detained for two and one-half years.

The police reportedly inserted arms sales contracts, to incriminate Kokorev, into a USB device presented as evidence, after an appellate court ruling forced prosecutors to release their alleged evidence against Kokorev. An independent IT expert concluded, after analyzing the device, that it has been manipulated, and the alterations were traced back to the DGP. There was also evidence that evidence, specifically a deposition of Ismael Gerli, a former attorney for the Kokorevs, who is facing criminal charges in the Republic of Panama. 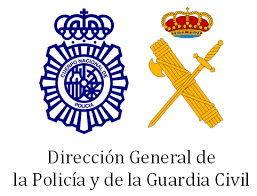 The disclosure of evidence fabrication and manipulation is but another dark chapter in what has been a gross human rights violation, of a bogus money laundering investigation, pending solely to favor Spanish financial interests intent upon accessing, and controlling lucrative African natural resources. We trust that the European Union will, ultimately see that justice prevails, and that corrupt Canary Islands prosecutors who put innocent people in prison find themselves incarcerated, as well as those, like Ismael Gerli, who give false witness on their behalf.