BESIDES THE SUPERNOTE, WHAT OTHER CURRENCY TRICKS DOES NORTH KOREA HAVE ? 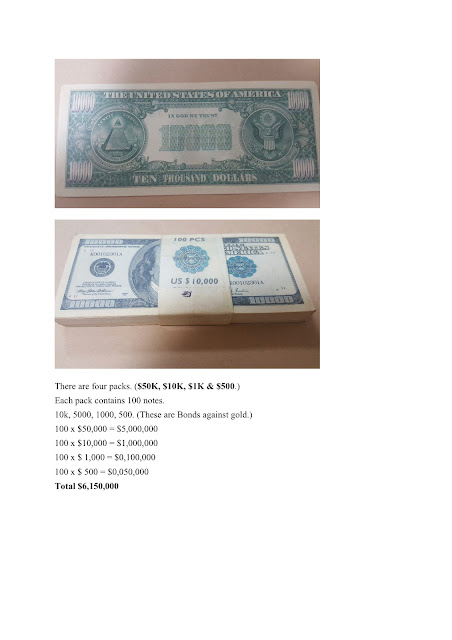 The appearance of the "new & improved" North Korea-manufactured $100 Supernote, the DPRK has a number of other tricks up its sleeve, which could serve to cause a major loss of confidence in US currency. Take a close look at the bill in the image appearing above, and consider the consequences of its distribution in the developing world, not to financial institutions, but to businessman or investors seeking to convert their local notes into prized US currency.

what you are seeking is a well-made, but totally bogus, version of the $10,000 bill. The real bill has been out of circulation for decades, but this "improved" version, created on the frame of the one hundred dollar bill, which is the usual denomination for overseas hoarders of American currency, is well made. By overlaying where necessary, a credible version, at extremely high quality, results.

Of course, outside of some small bank in Outer Mongolia, no financial institution would ever accept such an impossibility, but private investors, clerks at out-of-the-way money service businesses. or uneducated foreign drug traffickers, might take them as payment, and the cycle would then start with these bogus, but very authentic looking, counterfeits. 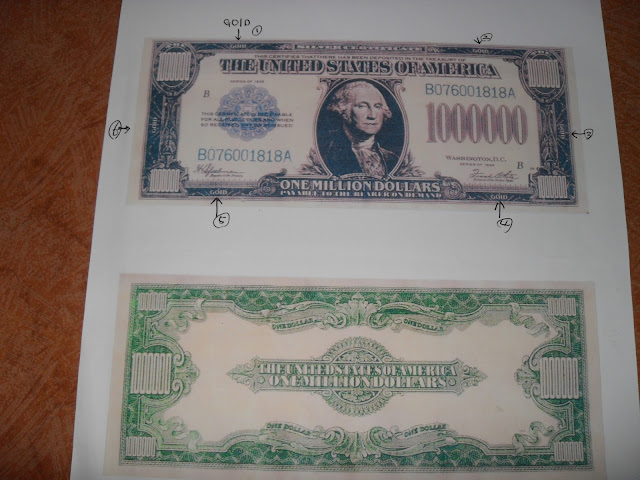 Would these bills, in themselves, threaten the US financial structure ? Probably not, but if deployed, in conjunction with other dirty financial tricks, North Korea could do serious damage to the level of confidence foreign nationals have in the US Dollar, both in its value, and in the actual bills themselves. We will be covering some of the other dirty tricks that North Korea has created, in future articles on this blog. Have you ever seen an American million dollar bill ? How about a high-value US bill bearing the likeness of President John F Kennedy ? Stay tuned.