US, CANADA & EUROPE TO SHUT THE DOOR ON CBI PASSPORTS FOR LACK OF EFFECTIVE DUE DILIGENCE 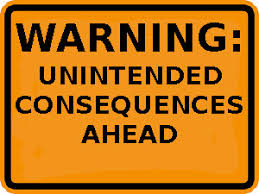 Multiple governmental sources, in the United States, Canada, and the countries of the European Union, have reported openly that they are actively considering drastic measures, to cope with the influx of financial criminals, suspected terrorist financiers, and corrupt Politically Exposed Persons (PEPs), arriving with Citizenship by Investment (CBI) passports, issued by the five East Caribbean republics who are engaged in this practice.

The stated reason is that the purported Due Diligence investigations, conducted by outside contractors, are not sufficient to identify, and therefore bar, individuals engaged in illegal occupations, and several other categories of applicants that should never have been approved. Unless there is a major reform of each nation's Due Diligence operation,  conducted within each CBI program, and not overseas, where monitoring, and accountability, are not feasible, travel bans on CBI passport holders, especially in Europe, could be imposed.

The Law of Unintended Consequences might then play a role in multiplying the consequential damage of such actions. here are some of the potential nightmares:

(1) Will wealthy CBI passport holders, turned away at airports of entry, sue the country that gave them their passports, together with assurances of visa-free travel ? Imagine if refunds were ordered by the courts, for breach of contract. The CBI consultancies, which are corporations, would fold, without personal liability of the owners, leaving the countries holding the bag on refunds.

(2)  Will overworked Customs and Immigration officials abroad simply bar ALL the individuals from those countries, when they arrive, as they may not be able to separate CBI passports from ordinary passports. Deported back to their home country, what kind of popular political furor do you think would result ?

(3) What of airlines and cruise ship companies decline to accept CB passports, fearing the $10,000 fines imposed by nations when travelers they transport are rejected, due to passport issues ?

(4) Will CBI passport holders be arrested in some non-democratic countries, generating huge damage claims against the countries issuing the CBI passports, in foreign courts ?

We  note that a number of the East Caribbean countries with CBI programs are holding elections shortly. Given that the present governments have utterly failed to create, supervise, and audit their Due Diligence programs, voters should consider replacing existing governments with those that will reform their CBI programs.